There have been rumors for some time that Google might be developing its own Google-branded tablet to compete in the Android tablet market. While some early rumors put the tablet at around 10 inches, to compete with the iPad, more recent reports have suggested that a 7-inch Kindle Fire competitor would be more likely. 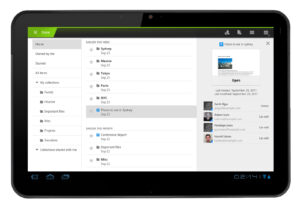 One thing that has remained fairly consistent is the rumored release date. Back in December by Eric Schmidt predicted that Google would have a “tablet of the highest quality” on the market within six months. Today those rumors have gotten a boost, thanks to a report from DigiTimes that a Google-branded tablet built by Asus would be hitting the market in July. The report predicts that Google will sell 2-2.5 million of the tablet in the latter half of 2012.

While there can be little doubt that Google is, in fact, working on their own tablet (possibly with the Nexus branding?), this report from DigiTimes seems like little more than a rehash of older rumors. More recent events suggest that Google’s tablet may be coming later, and probably won’t be made by either Samsung or Asus. On Tuesday Google completed its purchase of Motorola Mobility. With that purchase, Google has made the jump to become a hardware manufacturer. Now that Google has their own in-house hardware department, it doesn’t seem likely that they would partner with another company – be it Asus, Samsung, or anybody else – to create their first Nexus tablet. 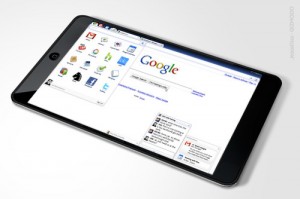 As to the release date, it may be best not to cling to tightly to comments Schmidt made in December. If Google really is preparing to expand the Nexus line – an expansion that is bound to include a tablet – it’s not too likely that they’ll manage to do so in the next two months.

All that being said, it’s still possible that Google could have their own tablet in stores by July, but given recent events, it’s looking less likely.